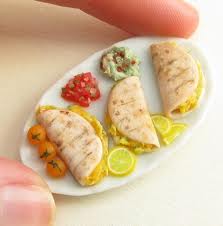 Good move NBA. Donald Sterling shouldn’t just be banned from basketball, he should be from living with the rest of us.

One of my top five foods is eggs. Talk about versatility.

Reading The Goldfinch by Donna Tartt, who just snagged the Pulitzer for it. Epic writing. Mega engaging story.

Great article on why Louis C.K. is the funniest dude there is. Agreed.

I went away for eight days, came back and ALL the flowering trees are blooming. I should go away more often.

This video is a little piece of what makes Boston the best.

90% of the people on South Beach should not be wearing a thong. It’s like an ass-a-thon. But not a pretty one.

I have such a hard time meditating, but no problem laughing, so this is some very good news.

My Miami flight was late, weather related lateness. I missed my flight by like a quarter of a millisecond. Which is the first annoying and irritating thing. So many people missed their flights that you’d think this flight could have been held ten minutes. Anyway, they gave me a confirmed seat on a 7:15. Good, right? Well, not if it’s 12:30. And you’ve been up since 6:00. Um, no. 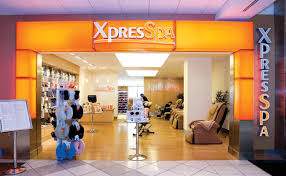 What they told me to do was go check in with the nearly hourly Boston flights and try standby. HA! I did this for like three flights, before I realized the futility. Finally, I just decided 7:15 it would be. And I did what any normal girl would do, I went to a Xpresspa. A seriously smart person thought of this, and damn, I wish it had been me. I ordered up four menu items that would take three hours. I would be just about ready for my flight. And I have to say, even though you can hear the airport craziness, my lady Editya was so soothing and lovely and transported me out of airport insanity. I had a super relaxing neck massage and a completely heavenly foot massage, in a big fat comfy chair under a blanket (how did she know I was freezing, and why are airports so cold, by the way? Are they preserving dead bodies somewhere–doubling as a morgue?) and just when I was about to get my mani and pedi, my husband called me to tell me he’d gotten emails that I had two confirmed flight, but neither that was the actual confirmed ticket I had in my hand. WHAT THE WHAT? I made the manicurist cut short (haha) my mani and cancelled my pedi, and ran to see the monitor, featuring a kajillion flights, many of them cancelled. My flight wasn’t even listed. Nope not on there. So, I scrambled to a whole other letter terminal to the only listed flight going to Boston. But when I arrived, they shunned me too. Flight full. Go back to Terminal C. (Terminal is a good word, because at that point, I felt this was a terminally fucked situation). But back to C, I galloped, with my newly massaged shoulders all crunched up again from carrying my heavy bag full of supplies (computer, phone, Kindle, sneakers, chargers, make up, magazines and gummie bears). back to the 7:15 gate, and I just sat there, clutching my ticket, realizing I could sell it  for 18 times the list price, listening to the harried check in folk get hassled by people who had literally been waiting the whole damn day to get to where they were going. One guy started screaming that this was the worst airline EVER. I would have yelled with him, but frankly I was too tired. I did meet a cool girl who was a professor from Penn State who was coming to Boston for a conference. We had a good chat about dual careers and the best place to eat in the North End. But as for the rest of the day, I give it a giant F for fail, and forever, and well, you know me, FUCK. My gratitude goes to that spa, though, which I also give an F, for fabulous. Best idea ever.