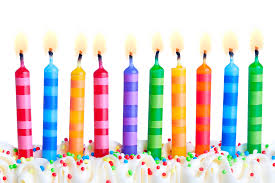 People are getting old around here.

My son turns 21 in just a couple of weeks. TWENTY. ONE. This means he can now drink legally (as opposed to illegally). I don’t know whether this is exactly a good thing. It’s probably a wash. Back two hundred years ago, when I did it, turning 18 was a big deal, not 21, because at 18 you could vote and drink (of course, not at the same time).

I could paint you a picture of my three year stint as the poster child for infertility, and how miraculous it was that I got pregnant, but we’ve boogied around on this road before on this blog, so I’ll save you the trip down memory lane. But really, give me this, I do feel like I was just changing his diapers, like this morning.

My daughter turns 18 in a little more than a month. She will be doing Oxycodone on her birthday. And she has my permission. She will be just eight days out from her ACL surgery. Yeah, she’s not going to be dancing this year, but she will probably be high. I also remember like it was four minutes ago, how I didn’t think I would ever get pregnant again after I had Jake, but just two months into trying, I got two pink lines. I actually thought maybe the baby wasn’t mine (I have been using this joke for almost 18 years now. I should probably retire it). She is graduating from high school this year and heading off in the direction of a college, where she will play soccer. I can’t even. Don’t ask me to, because I cannot.

Anyway, having adult kids is easier and harder. it’s not so back-breakingly physical. It’s more fun in some ways, but there’s no soft skin and chubby thighs to pinch. And they don’t get dressed up for Halloween anymore, which means they don’t get candy, so you can’t steal it. And you can’t really put them in a bouncy seat and know they’re safe, which was a really a nice luxury.

You worry a little more about them making good decisions, and not just about whether they’ve said please and thank you, and didn’t eat too much sugar. And you no longer are involved in personal hygiene, so there can be bad mustaches, and beards, and interesting eyebrows.

You can’t really say anything anymore. The roles are reversed. Remember when you told them what and when they could eat, how much tv they could watch, exactly what they could wear. That is so OVER.  You keep right on giving them your advice, but it’s like you’re just moving your lips, because they’re not hearing a word of it. Think Charlie Brown’s teacher. Wah, wah, wah. 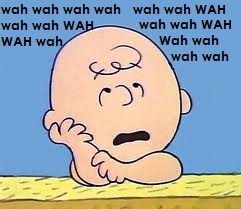 I like talking to them as the quasi-adults they are. Especially when they’re not referring to me as “the nag.”  I am wondering how you ask a teenager to do something without being called a nag. If anyone has the answer to this million dollar question, I would sure like to know it.

Yep, people are getting old around here.  But you know, it doesn’t really matter to me how old these kids get because they will forever and always be, even with graying hair and snot-nosed crying kids of their own, MY babies. That’s just how it is. Whether they listen to me, or not. I will always be their mom, full of opinions, good intentions, and concern. That will never change, no matter how many candles on the cake.