You would have to be a statue not to be moved by Hurricane Harvey and all the damage it’s left in its wake. I have been in my kitchen trying to imagine what it would be like to be sitting at the table with water up to my waist, or having to leave every possession I own in an effort to save my family’s lives. I have been thinking about what happens in the “after,” when you don’t have flood insurance and every bit of who you are is gone. I have an exceptional imagination, but I gotta tell you, I haven’t been able to conjure up any of these scenarios. 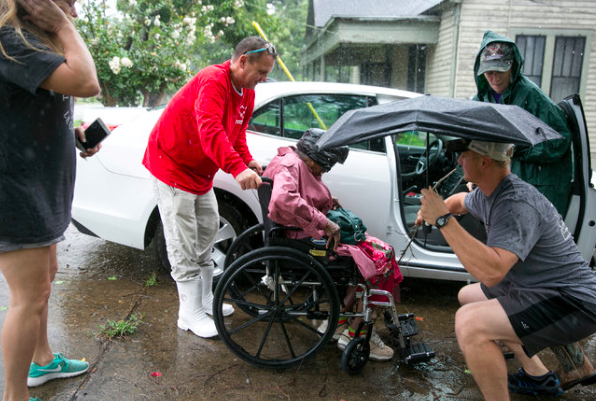 It is the most un-Trump like thing I can imagine.

It is the very thing that I believe we are, that our current president has been trying to tell us we are not. I wish Harvey never happened, but it reminds me that we will not stand for anyone dividing us, because in the end, we have one another’s back. Harvey shows us that we will not be swayed by a president who models bigotry and division, rewards white supremacists and Nazis, talks about women like they are not humans. This catastrophic event jogs my memory back to a time when we had the kind of presidents who went to disaster areas to comfort people one-on-one and not discuss how big the crowd was that showed up for their arrival.

We are so much more than this president wants us to be. There are a million stories in Houston that illustrate this for anyone who isn’t convinced.

We are more forming a human chain to rescue an elderly man whose car is sinking, than screaming “We will not be replaced.” 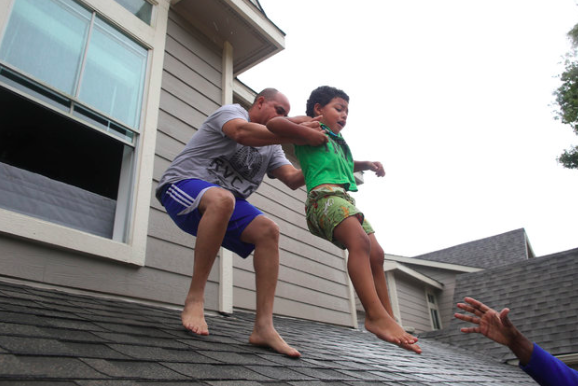 I am so grateful, so thankful to the helpers in Houston and the surrounding areas. You are the best of what I know our country to be. You give me hope that we’ll never forget who we really are as Americans. I’m carrying you in my heart, Houston.