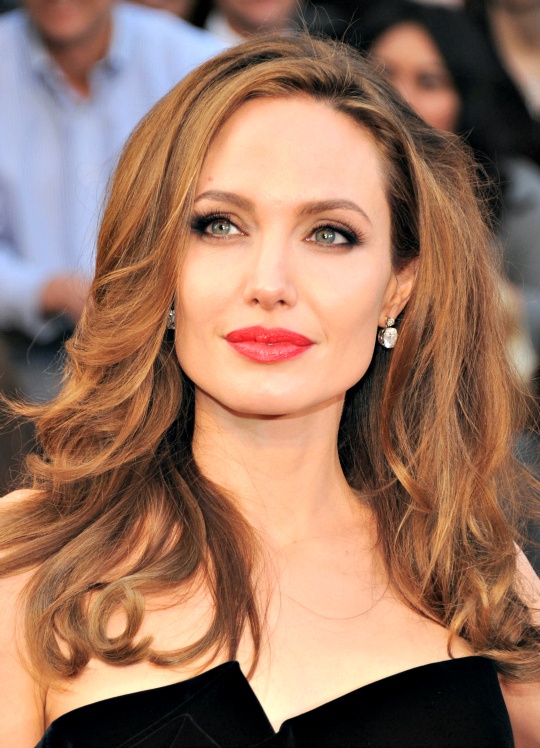 I woke up this morning, cruising the morning headlines on the Huffpost, as usual, when I saw something sort of shocking. The headline that stunned me–Angelina Jolie: “I made a decision to have a preventive double mastectomy.” I was sort of rocked, in the same way I would be if I actually knew Ms. Jolie personally (which I do not), because that’s the celebrity culture we (or I, at least) live in. I clicked the full article which brought me over to the New York Times, where Angelina wrote a piece called  My Medical Choice about why and how she made this, what I imagine to be, this impossibly difficult decision. Apparently she has the BRCA1 gene (the breast cancer gene, as it’s more commonly known) and lost her mother at 56. She explains that her chances of developing breast cancer were 87% and her chances of being diagnosed with ovarian cancer were 50%, so instead of waiting for medical fate to deal her lethal cards, she decided to take control and say goodbye to the girls, decreasing her chance of breast cancer to just 5%.

There are thousands of women (I’m sure millions is a better bet) with this mean  and miserable gene, and many of them make the same choice as Angelina, but why I am impressed and grateful to the stunningly gorg Ms. Jolie, is that because she is a movie star of gargantuan popularity, married to another movie star of super mega status, this knowledge, this choice, this move, will now be widely publicized, and that means it will empower women everywhere. While I scoff at our celebrity culture, I’m the first to click on “People” once a day. I have been known to watch me some of that pathetic show “Extra, with that obnoxious and always smiling Mario Lopez, who, for what it’s worth, I do not find attractive (although I do admire his rock hard abs).

Angie and Brad have six children. Three are biological, and three are adopted. They seem to have created an enviable family, and by the looks of it, they appear to be honest and real parents. They aren’t flashy, showing up in magazine spreads with their beautiful brood, or living life in the public relations spotlight. They appear to be genuinely family oriented, and that in and of itself, is pretty cool, since they really are two of the biggest and most talked about celebrities on the planet.

I appreciate that instead of showing up on the cover of “US” magazine, Angelina broke this news in the  New York Times, a platform that is the most respected and serious of media. Now, I know that she had to announce this news, or it would get out and be fodder for gossip mags and shows everywhere, but just as she took control over her boobies, she took control over how to announce she had chosen to say goodbye to them. And in doing so, she has not only given publicity and serious statistics that could change a woman’s life, she might have just made it cool to have a preventive double mastectomy if you need one.

Angelina has had a long and checkered past of being weird–what with wearing Billy Bob Thornton, her then husband’s blood around her neck in a vial, and kissing her date, her brother, on the lips at the Academy Awards, dressed like Morticia Adams, many years back. But once she became the unofficial Mrs. Brad Pitt, she has done loads of good works, including promoting humanitarian causes, and doing notable work with refugees as a Special Envoy and former Goodwill Ambassador for the United Nations High Commissioner for Refugees (UNHCR). This woman, considered by many to be the world’s “most beautiful”, is so much more than a pretty face.

Here’s to you Angelina. And your new boobs. Long may they, and you , live.