The soccer tournament I’m at, has prevented me from writing, but here’s some stuff I hearted in ’14 (so last year). 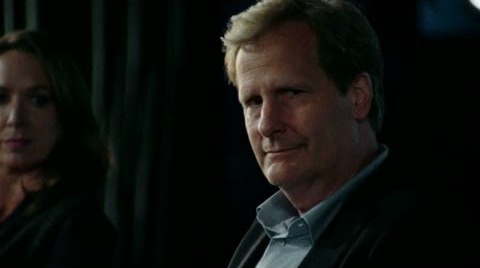 Amazingly, Homeland hit a home run without Brody. The scene of Carrie giving her baby a bath was as terrifying as watching Sol almost get his head blown off. Quinn showed us his balls, but also his vulnerability.

I have never especially liked the sort of goofy looking, totally unsexy Jeff Daniels, but in Newsroom, Will turned me around. I found his ethics handsome, his insecurity adorable, and his intelligence, sexy. Maggie aside, I adored this newsroom and its witty banter, its heroic effort to save the news from citizen journalism that puts truth first, in favor of sensational headlines. I will miss these people. I want to be the Godmother of Will and MacKenzie’s baby.

Mysterious, dark, and intriguing,The Leftovers  BLEW. ME. AWAY. You suddenly realize that Jenifer Aniston definitely traded up with fiancé Justin Theroux, a totally natural actor, who just happens to be super, sweet Jesus, HOT. Of course, the standout, my friend Ann Dowd, said more with just her face than the New York Times says with an entire daily issue.

And speaking of being an Ann Fan, what about  her in the finale of True Detective, or as the mother of Dr. Masters in Masters of Sex, or in Olive Kitteridge, or the many other places she popped up this year. She is red hot. And I’m thinking this is only the beginning. By the way, her bravery to look old, or unattractive is acting, she is, in reality, really pretty. And nice, there might not be anyone nicer.

The movie Whiplash is wilder than the movie Wild. A jazz drummer hopeful is the student of an abusive jazz teacher. Miles Teller is extraordinary, as the drummer. J.K. Simmons is spectacular as the teacher. Why was he ever doing Farmer’s Insurance commercials, may I ask?

Boyhood was a long game. It was impressive to see the characters grow older, and wiser. I would have edited 30 minutes from this film, but I loved it.

Sam Smith. That is all.

The over the knee boot is still killing it, and post-bunion surgery, I got my very own pair. I would marry them if I could.

Leather continues to dominate. I replaced my “perfect-stolen-at-the-Barcelona-airport jacket with this All Saints version, which I would also marry in Mormon polygamy.

Jake Topper is a funny writer who can spin a great story. This is Where I Leave You was a laugh riot, but also poignant. Now that’s a gift to be able to pull off. The book of the year was The Goldfinch. The characters in this book came off the page and into the room. What a saga. What a read. What a Thrill Ride.

I ate a lot at Clover this year. YUM. Egg and Eggplant sandwich, please.

Having bunion surgery was the best decision I’ve made in years. Now when I wake up in the middle of the night, I’m not worrying about the fate of my foot. I can do planks again, I can wear shoes. I can WALK. Thanks, Dr. Richard Cullen.

There were lots of things I’m missing, but I’ll leave it here for now. Happy ’15, people!