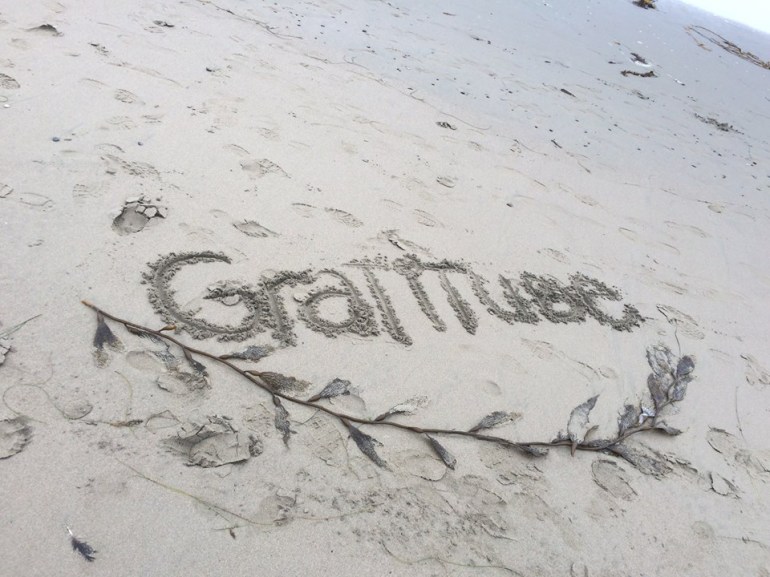 Far be it from me to think that I know better than the grand dame of newspapers, The New York Times, but I gotta admit to not having liked an article I read the other day on gratitude. Being that this blog is all about that topic, I thought I’d weigh in.

Barbara’s Ehrenreich’s article “The Selfish Side of Gratitude” sees it as an egotistical occupation, that doesn’t give enough credit to others in its practice.

Consider this from Ms. Ehrenreich’s article:

“But is gratitude always appropriate? The answer depends on who’s giving it and who’s getting it or, very commonly in our divided society, how much of the wealth gap it’s expected to bridge. Suppose you were an $8-an-hour Walmart employee who saw her base pay elevated this year, by company fiat, to $9 an hour. Should you be grateful to the Waltons, who are the richest family in America? Or to Walmart’s chief executive, whose annual base pay is close to $1 million and whose home sits on nearly 100 acres of land in Bentonville, Ark.? Grateful people have been habitually dismissed as “chumps,” and in this hypothetical case, the term would seem to apply.”

I don’t see the gratitude game that way. I would look at the above scenario and the gratitude I’d pull out would be that I had a job.  Does that make me a chump? No, it makes the agita in the middle of my chest settle.

The practice of gratitude is not about comparing yourself to someone else (“I should be making more money, like those selfish Walton’s.”). It’s about being keenly aware and thankful for what you currently have in your life. It’s asking yourself to honor the milk in the fridge, that super warm fuzzy blanket on your couch, the fact that your miserable cold finally went away. It’s about what YOU ALREADY POSSESS THAT YOU OFTEN OVERLOOK.

This is powerful stuff. It turns the “I want more”, or the “I want what they have,”  into the “Hey, look what I already have!” It isn’t political. It’s not meant to be judgemental.  It’s meant to make you recognize what’s in your midst, what you are lucky enough to have.

I do what I call “big picture thinking” when it comes to gratitude. I go broad. I look at everything I have as icing.  This kind of thinking– focusing in on stuff that is good, that I possess–gives me an inner peace, and makes me feel positive and thankful about what I already have, no matter how small, or how extravagant. This doesn’t mean I have stopped wanting things, or aspiring to having more. It simply means, my eyes and my heart are open and aware of what’s right in front in me.

FEELING GOOD AND NOTICING WHAT YOU HAVE IS THE MONEY SHOT.

For me, gratitude also includes letting people know I appreciate them. I make sure to thank the people I interact with during my day, Mary at the dry clearners, the guy who holds the door open for me at the grocery store, the person in the dog park who lends me a poop bag.

I know for me, the demons of not thinking I have enough are dispelled by making myself take a look at all I am lucky enough to have.  A dog, a good mascara, indoor plumbing, access to crusty french bread, baby!

Selfish? I don’t think gratitude can be selfish. I think it’s a way to process a world that is overrun with constant wanting, getting, and having. I think if you can see the good fortune in what you have, no matter how small, your insides will feel rich, calmer, and more content. That’s a good thing. I’m quite sure.