A new year is always so full of hope. It’s a little like that back-to-school feeling, where you sharpen your pencils and get on all those projects you want to kill, but times 1,000.

I used to make all sorts of resolutions. In fact, I used to write down the things I wanted to say goodbye to and burn them, then make resolutions. This year I didn’t do any of it. But I do have several things I am working on. More patience, more kindness, more writing, more meditating, more gratitude, more laughing. But my number one resolution is to elect a Democrat to the White House, the end. That horror show that calls himself president has gotta go.

Gratitude to the hope that another year escorts in. (Setting my sights on flying by 2030.) 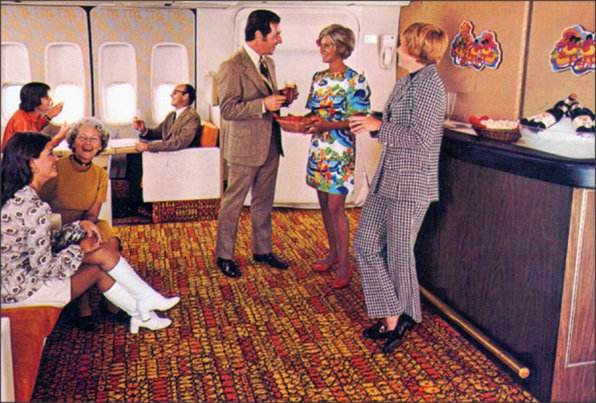 Flying used to be different. There weren’t the endless security checks, the need to remove your shoes and coat and jewelry, the long, long lines. The seats used to be bigger, the legroom used to be large enough for your legs, hell people could even smoke (this is one change that’s for the better). There used to be planes with two floors, and one would have a bar where you could stand around and drink like you were in a snazzy pick up lounge (this was even before my time). Often, the plane wouldn’t sell out and you could have two seats to yourself, where you could nap through your flight. Yeah, empty seats were common! Now you barely get one seat. 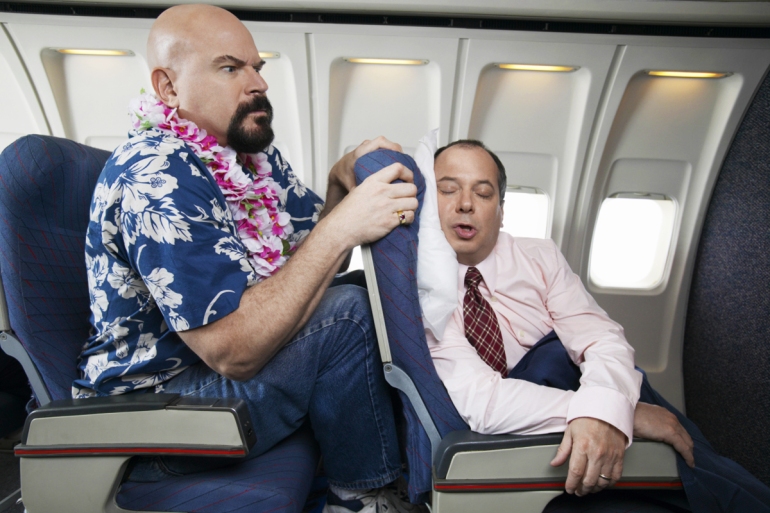 So, you can only imagine how out of my mind crazy pants I was when on not one, but both ways to and from San Francisco, I got a whole row to myself! It seemed remarkable enough that it happened on the way to California, but when I found myself in the same position on the way back, I practically felt the hand of God under me. What the what? This is an epic coincidence, and these days, it rates up there between unusual and uheard of. Even the flight attendants were shocked. I layed myself down and alternated between reading magazines and watching movies. Take that first class. It was lux, I tell you.

Gratitude for this bit of luck. It made the flights actually enjoyable and restful. I did not deplane an angry monster, but instead a somewhat pleasant human. I’m sure my family is the most grateful.

Jet Blue is kind of awesome. I’ve had some really good luck with them lately, and I just wanted to tip my tired head to them. First of all, having free tv on a flight makes the flying, well, FLY. I must have watched 10 episodes of “Love It or List It” (sweet Jesus, that realtor is annoying). Secondly, they seem to be pretty reliably on time. I really appreciate that. And the extra leg room for a little extra moola, is a heaven sent option. There was a crazy mishap with our luggage, but I’m blaming Logan, not my Blue pals. Flying the friendly skies these days is crowded and cramped. I vote Jet Blue for president. And oh, there’s no place like home (if you’re coming from Orlando).

When I was little I fantasized about two things a lot. I daydreamed of flying–not in a plane, but in my body. I imagined the feeling of soaring around above the clouds, or maybe just below them, and voyeuristically watching the world’s activities,  while the freedom of flying through the air unaided engulged me.  That scenario seemed to me to be the ultimate in amazing. I sort of think my desire to be a bird, might have come from watching “The Jetsons” animated sitcom, which was about a family living in the year 2062.  I watched extra closely when they flew around with jet packs on their back, speeding from one place to another. While a funny little tv show is what probably propelled my obsession with flying,  it has been something I’ve  held onto, well, if I”m honest until this day.

The second thing I lusted after was having a phone in which you could see the people you were talking to. I’m not sure why this felt so important, but I think it might have stemmed from the fact that both my sisters were in college and living on their own by the time I was 8. One of them went off to Europe after college, and I missed her tremendously, waiting by the mailbox for the thin wispy paper her information-filled letters would be on. Then she lived in Hawaii and California, so pictures sent in an envelope would be the only way I could see her face. My other sister was a traveler too, visiting faraway lands, and living  in New Haven, Seattle, California, New York and London. Again, the only way I could lay my eyes on her face was to see her in person, during a brief and too infrequent trip home, or hope for a photo via traditional mail.

So, while the flying thing does not appear to be on the horizon, although I have had one really good dream about it that gave me the exact feeling I had always imagined it would, seeing someone on the phone via the brilliance of Steve Jobs and FaceTime just allowed me to be awakened by my son’s face in his hew home in Barcelona! I even got to meet his Host Mom!

Although I imagined it would be all sorts of fun when I was little to see someone on the phone, it was a bajillion times better. Me gustaría expresar mi gratitud.

OH. MY. GOOOOOOOOOOOD. I woke up to the absolute insanity in Boston on my phone, computer and tv. I am really beyond words. Ally and I are supposed to be on a 7:30 p.m. flight back to Boston tonight, but looks like air space is closed for now, so we’ll see.

But I saved this guest-a-thon for today, because like Janetta, I too, don’t love to fly. It’s a great piece–funny and smart, like Janetta, herself.

I met Janetta because our kids went to school together. She’s an intelligent, funny and hip single mom of a great girl. She is also a spectacular cook and great writer. In fact, she has a well written, and awesomely fab blog about food you can go and read: http://umamis.blogspot.com. And now, Janetta, my sister in flight.

About me: I’m mostly a mother of a teenage daughter, but I’m sure there’ll be time to focus on myself soon… really.

WHEN THE PILOT TURNS OFF THE FASTEN SEAT BELT SIGN

I’m grateful for the un-illuminated fasten seat belt sign – the signal that everyone on the flight deck believes that we’re all going to be okay, even if I’m still fairly skeptical. As I write, I’m 35,550 feet above the ground somewhere between Boston and Chicago. Were people really meant to be 35,550 feet above the ground? Other people fly to Chicago or even Timbuktu and never give it a second thought. Clearly I’m in charge of doing all the thinking for them. First I look around the gate to see if the faces of the passengers seem like faces that might crash. I’m not sure what specific characteristics I’m searching for, but I’ll know them when I see them. Babies are a good omen for some reason. And people with soft, beautiful, expensive leather luggage who look like nothing bad will ever happen to them. There’s like no way they’ll never make it back to their house in the Hamptons – their luck is too good. Once, I was on the Delta shuttle with Maria Shriver – she had her first baby with Arnold in her lap, and I was SO excited. MARIA SHRIVER’s not going to die, I said happily to myself, and I dared to recline in my seat and open my book. And then it hit me – SHE’S A KENNEDY!! All bets were off.

Anyway, after the wait at the gate, my real job begins. The universe apparently put me in charge of keeping planes in the air, and there’s a very specific step-by-step process. As I approach the plane from that dizzying tilted passageway, I check to make sure that there aren’t any cracks in the fuselage and that the aluminum (or whatever planes are made of) looks sound. Next, I look to my left into the cockpit to confirm that the crew is made up of real people who most likely don’t want to die either. During take-off I close my eyes, count to 10, and say the Lord’s Prayer twice silently (but while actually moving my lips). And then I order a Coke. Lots of times I don’t want a Coke. I want water. But, I don’t deviate. It’s too big a risk. Throughout the flight I’m responsible for listening to the wheels go up, and the engines whir, and whatever mutterings the flight attendants say to each other. It’s very important to ensure that all the right noises are happening at the right time. I never go to the bathroom – I don’t like my feet pushing down on the bottom of the plane. I’m sure there are heavier people than I am who walk back and forth willy nilly, but I try not to let that bother me.

I practice constant vigilance, but when the fasten seat belt sign goes off, I breathe a small sigh of relief. Maybe everything is going to be okay after all, and for that I am grateful. Perhaps I can read a book or take a nap (well, a nap is inconceivable, really), or I take out my headphones and watch the in-flight entertainment. Maybe. We’ll see. Chicago’s a long way away and a long way down. I don’t want to leave anything to chance.

Other things I’m grateful for? Xanax. But I seem to have forgotten mine at home. And, I’m grateful for Toni, for giving me a distraction in this tin can in the sky. Hope your flight to Miami was fab.