But I did make the best turkey of my turkey making career. It was my Uncle Louie’s recipe, (which  my sister Joni, wrote about when she was writing for the Globe and if you want a, like PERFECT turkey, bookmark this for next time you make a bird). Joni was so worried about my skill (or her not having a good turkey to eat) she sent me a couple emails full of important instructions for not fucking up, including a video by Alton Brown on how to truss a turkey,(which, p.s. I had never done before, and I think might have made a difference, but seriously you had to be like a sailor, to do his knots and stuff). Anyway, she was right, because we remembered that last year my Christmas turkey didn’t cook properly (read RAW) and while we salvaged some of it to eat, we threw the rest out).

This was the first Thanksgiving without the Turkey Master, and fill-in dad, my Uncle Louie, and the first at my house, and not at my Aunt & Uncle’s in like 25 years. Connecticut came to us. And we rocked it. I did, however miss the double stop at Rein’s Deli, which is a tradition (ah, the rye bread).

And there were pies. We had seven pies for 10 people. Um, yeah. We’re sort of pie people.

Grateful. Damn grateful for the weather holding up, and the turkey working out, and the company of family. They shouldn’t really call this Black Friday, as much as Full Friday. 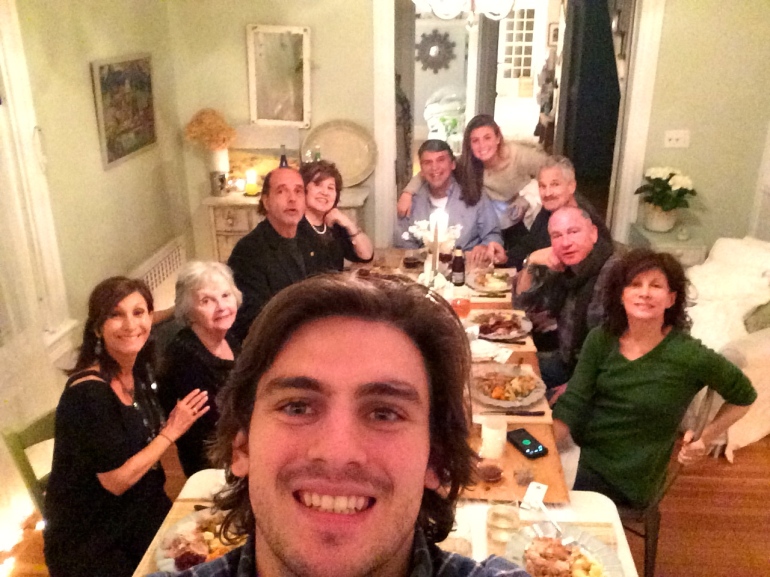