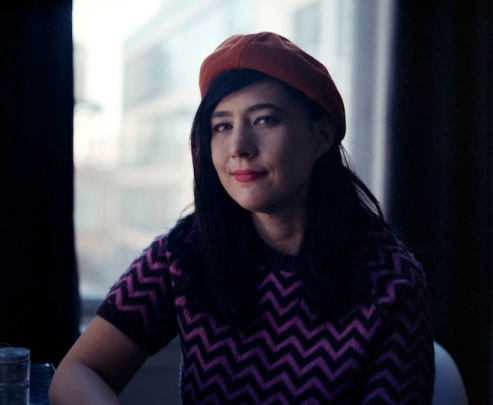 In the department of, “I didn’t see that coming,” Mayor Marty Walsh has proclaimed April 9, “Riot Grrrl Day” in Boston, in honor of original riot grlll Kathleen Hanna who’s performing at the Wilbur on tonight. Really?

If you’re all like, WHO IS THAT, ANYWAY, you might want to watch a great documentary about Kathleen called The Punk Singer (I loved this film). In short, she is a musician and activist, who was in the bands Bikini Kill and Le Tigre, and became the voice of the Riot Grrrl movement, which thrust her into feminist icon status. She wanted her concerts to be a safe place for da girls, and asked the boys to move to the back of the bus. She was also very involved in the empowering DIY zine culture that was just emerging. She is, and was the super coolest.

But back to Marty for a moment, if you will. I am feeling rather impressed with this move. I mean, would you have ever thought he would even know who Ms. Hanna was, let alone give her a day? Ok, Marty, I’m a little in love with you right now.

The Mayor’s chief of policy, Joyce Linehan, who will actually give Hanna the award, says in part, Mayor Walsh is honoring Kathleen Hanna because, “Our young women can’t be what they can’t see. Girls need to see other girls picking up drumsticks, basses, and microphones. They need to see other girls picking up paintbrushes and pens, and telling their stories. Loudly.” Fuck, yes. I’m feeling like a proud Bostonian today.