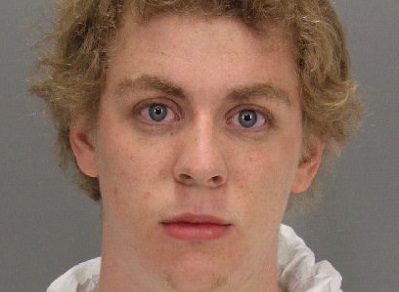 Brock Turner was part of the tiny 4% of accepted students that Stanford boasts, as well as an Olympic hopeful. One of those kids with a boatload going for him.  But he is also something else. Brock Turner is a rapist. Plain and simple. In fact, he’s not just a rapist, but a robber, who stole a part of his victim’s life that she will never be able to regain (read her statement here).

Six months of jail time is what Brock Turner will serve, probably just three months with good behavior. His daddy wrote a letter telling the judge how shattered Brock is, how all of his hard work should not be judged by “20 minutes of action.” That 20 minutes of action (read about the account from the witnesses here) has indelibly scarred a girl’s life, changed its course, left her with a hole in the center of her heart, but poor Brock.

There are two things that are terrifying about this story. One is that it is obvious that white and privileged Brock Turner has clearly been treated differently than a black or latino boy in the same situation would be treated. The second is that drinking on campus has become totally and completely OUT OF CONTROL.

I wonder, if the drinking age is 18, how exactly do colleges get aways with allowing students to chug-a-lug on campus? Shouldn’t they be held accountable for upholding the law? How is it that campuses have become some hallowed ground where the administration looks the other way when it comes to kegs and shots? (And why am I paying $65,000 a year to an institution who doesn’t follow the law?)