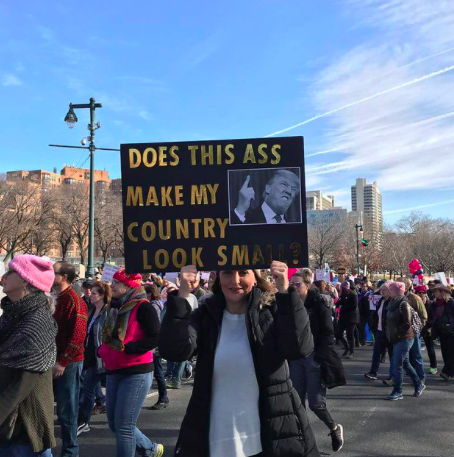 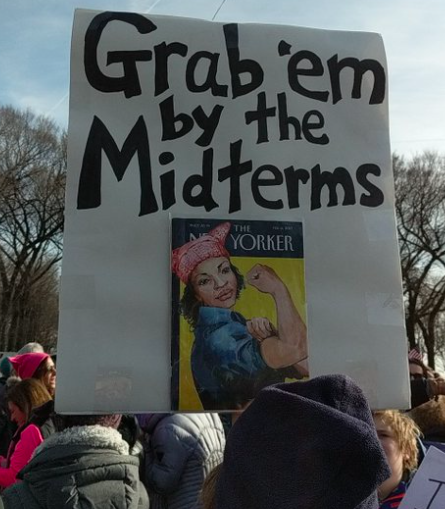 That snowstorm is the reason I didn’t make it to the Women’s March yesterday. As if I needed another reason to hate winter.

We were going to see Peter’s family in D.C., when our flight got canceled due to that stupid storm that left a foot of snow and sub-zero temps a few weeks ago. And so it was rescheduled to this past weekend, to the only time that worked for everyone (and not even, because my son had to go back to school, and I was missing the march).

Anyway, The Resistance was out in force, I hear, while I was flying out of Ronald Reagan National Airport, from the city where the government was shut down because our Art of the Deal president is so good at the art of the deal. And while I wasn’t physically at a march, I was so goddamn there in spirit. At every one of those gatherings, I was tearing down the street with signs and screaming at the top of my lungs, “Don’t Normalize, Keep Resisting, Fuck Trump.” 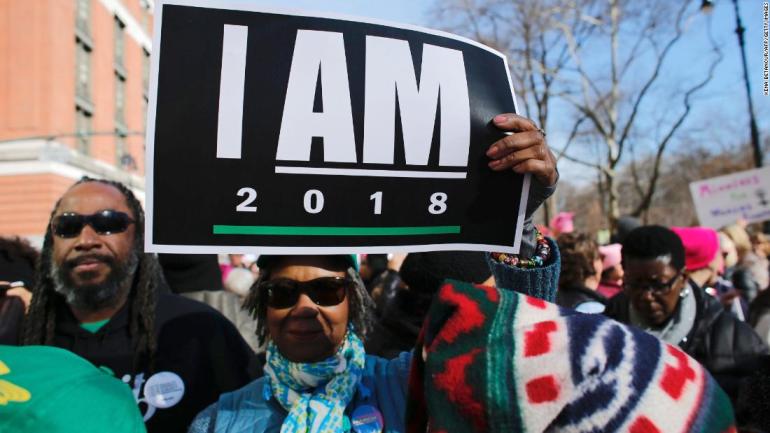 This is who I’ve become because there is no other choice. Scads of gratitude to those women (and men) who continue to fight for our country, to those who take to the streets, the phones, the airwaves, the internet. She persisted. Oh, yes she fucking did. 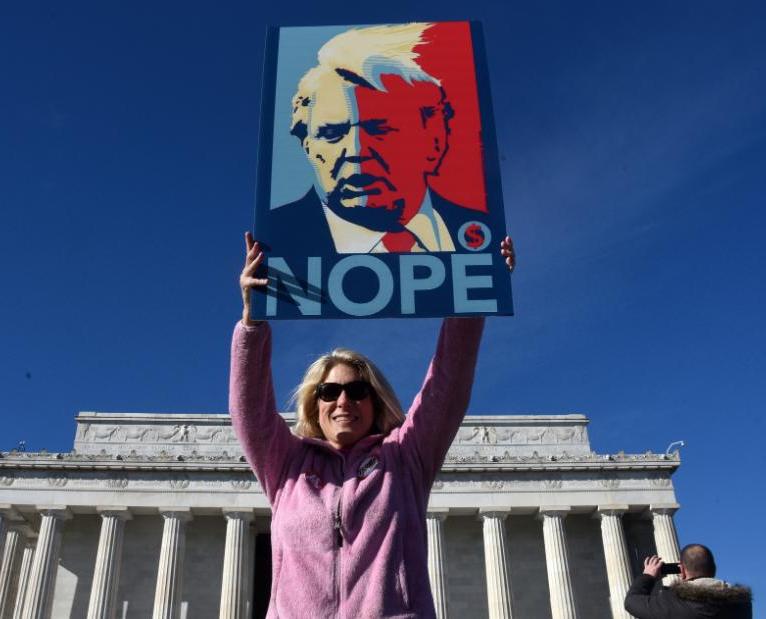 Wearing their pink hats and armed with handmade signs, thousands of people gathered in the Lincoln Memorial for the Women’s March designed as both a protest of President Donald Trump’s first year in office and a call for a massive voter turnout in the November midterm elections , January 20, 2018 in Washington, DC. Photo by Olivier Douliery/Abaca Press(Sipa via AP Images) 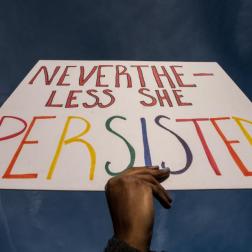 A woman holds up a sign in front of the White House in support of the Women’s March originating at the Lincoln Memorial in Washington, D.C. on January 20, 2018. This is the one year anniversary of the Women’s March where hundreds of thousands gathered in DC and all over the United States in support of women and to protest Donald Trump’s election to President of the United States. Photo by Ken Cedeno/UPI (Newscom TagID: upiphotostwo575863.jpg) [Photo via Newscom] 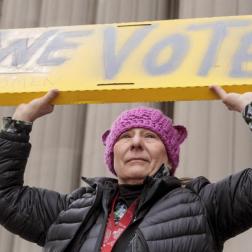 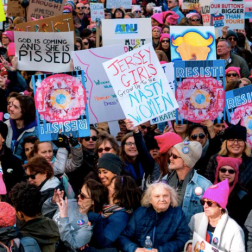