We just started getting The New Yorker again, after a short hiatus. We found it was killing our self-esteem. I mean, can anyone ever really finish an issue before the next one shows up? Boom, first one arrives, and immediately I realize I am worse than DeflateGate married to John Boehner’s fake orange tan, for canceling my subscription, and missing stuff like this brilliant (see below) and hilarious, Shouts & Murmurs. Kelly Stout: you are a vat of whipped cream with a $100,000 Barney’s gift card on top.

Let’s Get Drinks
BY KELLY STOUT

CREDIT ILLUSTRATION BY EDWIN FOTHERINGHAM
A: Hey, girl! So great to see you at Mike’s party on New Year’s. You free this week? Want to grab drinks?

A: Ugh, Tuesday is my friend Rachel’s birthday. I am the actual worst. What about Weds?

B: Weds works! Let’s e-mail next week about where to go. Yayyyyyyyyyy.

B: I am total garbage at scheduling and forgot we were supposed to meet up tonight. Could you do Mon? SO SORRY. I feel terrible.

A: OMG, do not feel terrible. You are not as bad as I am. If you’re garbage, then I am, like, the Deepwater Horizon oil spill, because Monday doesn’t work. What about tomorrow?

B: I am worse than the global food crisis. Tomorrow’s no good. This is embarrassing, but I signed up for a yoga workshop. (I know, eye roll.) Anyway, hopefully I’ll get my shit together and stop being the 2004 Indian Ocean tsunami by next week. Xo.

B: Heya—we both totally dropped the ball on this! Our bad! We are, like, the subprime-lending crisis of hanging out, right? You around on Weds? I want to go back to that tapas place we went to on the Fourth of July.

A: Shoot, Wednesday doesn’t work. My mom and stepdad are in town, so I have to take them to dinner, which is going to be worse than the rollout of healthcare.gov, but whatever, I have to do it. Hmm . . . dare I say Friday?

B: Shit. Friday is no good. I am literally Operation Rolling Thunder mixed with the N.F.L.’s policy on domestic violence. But whatcha gonna do? Monday?

A: Stop it. You’re fine. I, on the other hand, am seriously Vermont’s heroin epidemic multiplied by Bill Cosby. I can’t do Monday because I have to help my roommate pick up a kitchen island she bought on Craigslist. (Loooong story.)

A: I can’t believe we never scheduled this! I miss u! I’m gonna stop being brokers’ fees atop a cake made out of unlicensed plastic surgery and say . . . Tuesday?

B: Jesus. I am, like, the Spanish Civil War riding in a subway car with broken A.C., seated between Kim Jong-un and the phrase “said no one ever.” But I could do coffee like midday on Tues?

A: I’m sorta, kinda trying to get off caffeine (I know, I know—I’m worse than the Hobby Lobby verdict dancing with Vladimir Putin on Elaine Stritch’s grave while the Vietnam War plays “All About That Bass” on the didgeridoo), but lunch would be great.

B: OMG, do not worry about it. I’m the one who should be apologizing. I’m a smoothie blended in an Amazon fulfillment center, containing “Songs of Innocence,” Reaganomics, and old hot-dog water. I seriously cannot believe I forgot you quit coffee. Lunch it is.

A: This is basically just a joke at this point, but I have this dumb meeting about records retention or something that got pushed back to one. You don’t have to tell me that I’m mercury poisoning hooking up with the Crusades in the bathroom at trans fat’s wedding to voter suppression, because I know. Ugh . . . sorry.

B: Don’t worry about it, dude. How’s tonight?

B: Oh, wait, shit, sorry to be Aaron Sorkin eating toothpaste straight from the tube. I forgot that my writing group meets tonight. Then tomorrow I have a thing—too hard to explain—and on Friday I have dinner with some work people. You’re going to think that I’m the Salem witch trials giving Osama bin Laden a massage at a spa run by the California drought, but I’m also pretty busy next week. How about the ninth, tho?

Sometimes the “A” word makes me shudder, like when you hear an eerie story that makes your arm hair stand straight on up, sometimes it makes me calm as the cutest sleeping baby you’ve ever seen. (Is anything more tranquilizing?) It depends on the light, I guess. It depends on where it is I’m standing.

As the years pile up, acceptance becomes easier to friend, not so difficult to embrace in a sincere bear hug. There are certain things that no longer seem to be worth fighting against. Things that were not really ever possible, but that you thought just had to be possible. The letting go is like stripping yourself naked on an absurdly hot day and running with your arms overhead into the roaring ocean (arms must be overhead for accurate and intended experiential simile).

I will never be on an “under 30, authors to watch” list.  Despite intense longing and prayer to the contrary, my dad and I share the same DNA. I will never again weigh 115 (unless, and God forbid, I contract a serious illness that makes the pounds slide off like an expensive silk nighty from the expensive silky nighty department at Agent Provocateur). I’m not going to marry George Clooney. I’m not going to have an illustrious career as a ballerina, model, movie star, fill in ridiculous childhood wannabe career here. But I can still be a lot of things. Many of them really possible. Realistic expectations aren’t dreary, they’re hopeful. Ah, acceptance.

I was always trying to re-write the not-so-nice parts of my life. As if I could.  I knew it was silly. But still, I hung on the idea. I kept thinking if I wished hard enough, long enough, maybe. But what I’ve learned, is history doesn’t need to be re-written, so much as digested, and processed, and sprinkled generously on, and throughout your life, like Miracle Grow plant food  This is acceptance. It gets a little harder as you get older. And a whole lot easier. 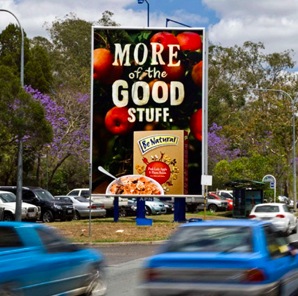 Hey, I realized know more than I thought.

25. Good lighting is like plastic surgery. Carry your own if you have to.

28. Bloomingdales return policy is the best thing sing Jesus returned from the dead.

29. Good tv can entertain, enlighten, educate, and prevent you from relocating in the middle of the night during a miserable New England winter.

30. Having a smart phone, is like carrying the whole world around in your pocket, but much less heavy.

31. I WAS RIGHT. I never have used algebra, geometry, or calculus in my real life.

32. When car shopping, spring for the heated seat option.

33. Always try and catch either the sunrise, or the sunset. Bonus points for both.

36. Losing a loved one gets easier after the first year (note the word “easier,” not easy).

40. Dunkin’ Donuts coffee is better than Starbucks. There, I said it.

42. Enthusiasm and optimism are the two girls everybody wants at the party.

43. You can get anything in New York, and on the next block you can get it cheaper.

45. Girlfriends. Lots of them. Forever.

46. Treat people as you would like to be treated.

48. A girl cannot have too many jean jackets.

50. Feel yourself up. It could save your ta ta’s and your life.

51. Reading is like getting to be other people, live in other places, and learn super cool stuff without having to go to class.

53. Time speeds up as you get older, so celebrate when appropriate (and inappropriate, too).

54. Curiosity is like the damn fountain of youth. Creativity is its gorgeous sister.

56. Gratitude is gosh darn EVERYTHING. 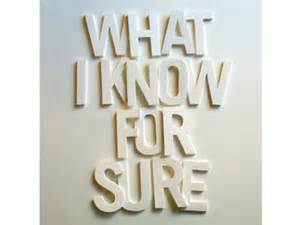 Oprah does it every month, so I thought here, the week of my 56th birthday (holy shit, fifty fucking six), I would tell you, What I Know For Sure (not that much, but a couple things).

3. A dog is the best kind of people there are.

4. Fuck the forecasters, black is the new black. And it always will be.

5. A sunny day is an instant mood elevator. Take it to the top floor.

8. Laughing daily might be one of the best things you ever do for yourself or others.

9. Exercising everyday will make you, and your health happier. (Dancing around your house like someone on the verge of a breakdown counts.)

11. It really is about how we respond.

15. Cellulite is not a character flaw.

16. Happiness is a choice you make everyday, every hour, every minute.

17. The beach is as forgiving, and life-affirming a place as there is on the planet.

18. Having kids is like having a great teacher for the rest of your life.

21. A tan in a can can give you a sunny glow and save your ass from getting skin cancer.

23. Being nice can transform the world. (Think about if everybody was.)

25.  With every birthday, we are closer to the end of our lives: DON’T SKIP THE FUCKING CAKE.

I’m endlessly fascinated by what makes one person unable to hold a job, and another able to hold the attention of a nation (I have no answers, just the question). Martin Luther King was was bigger than his body, a man who was able to create change, mold beliefs, and transform a country. His words are so important, we can call them up from memory, and do, routinely. His dream, a dream that seems to go in and out of focus, has become a historical touchpoint.

Mr. King, thank you for bringing us as far as you did. I wish you weren’t taken so soon, sadly, we still have miles to go.

Sleeping late is one of the top great joys of this here life. The ability to just let your natural rhythm decide when you will get out of your cozy bed, is a five star dinner, free luxury, good as a summer day slipped into a Boston winter (it’s 30 out right now, slated to be 43 tomorrow, if I wore bikinis, I’d be out there in one now, lucky for mankind, I do not).

We are empty nest practicing right now, since Ally jetted off with her friend to visit her friend’s grandmother in Arizona. Yes, Ally is sporting summer clothes, swimming, and hiking amidst cactus and desert. Jake called yesterday causing down Pacific Coast Highway, on his way to Malibu Beach.

Peter and I both have colds, but we are sleeping late. Our form of sunshine. Gratitude for that.

Because I love Adam, and this is just too fun. I don’t know, the people in this thing are a little too beautiful, but if it’s real, fucking wow. And if it’s not, it still made me smile all day yesterday, so there’s that. Plus, I can’t stop singing the song.

Because it’s a beautiful place to live (except when it’s winter, and it’s too damn cold). Take a look at Boston.

Check this out–in the category of seriously? I have all I can do to get to the real gym.

I saw a robin hopping around the snow in my backyard yesterday. A harbinger of spring? GAWD, I HOPE SO.

The Eat, Pray, Love Elizabeth Gilbert has a blog. She is lovely. I think for realz, she is just a lovely human being.

What a nice idea. We need more of this. Pizza for all!