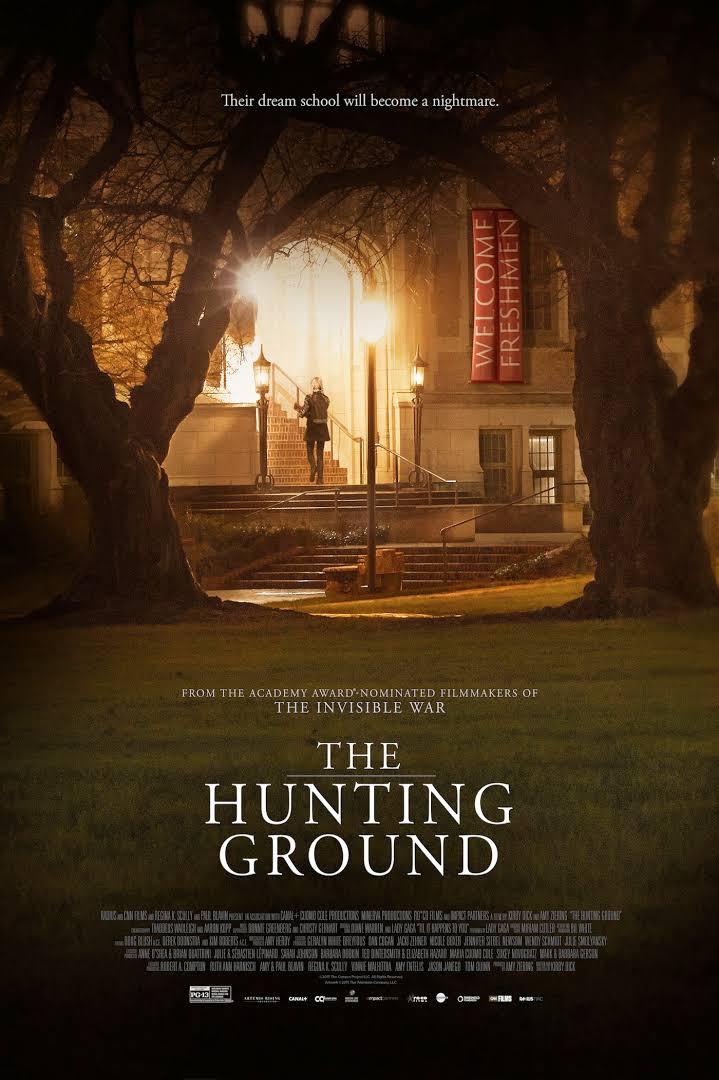 As if it’s not hard enough to let your little girls go off to college (cue the violin music) because you’ll miss them, watch the movie The Hunting Ground, and you’ll want to lock them in their rooms and throw away the key.

This Academy Award nominated CNN documentary about sexual assault on college campuses throughout the country is powerful stuff. If you’re a parent, it’s like watching all 10 of the Halloween movies in a row. I watched it with my daughter, and we were angered, and shocked not only by the schools that have this issue, but HOW they handle the issue, which is to say, they put their heads in the sand like a fucking ostrich.

One after another, you’re introduced to exemplary female students whose lives are shaken and stirred by sexual assault. Adding insult to injury, the likes of Harvard, UNC, Notre Dame, and Florida State turn their backs on these girls, for fear their reputations will be damaged. Because, you know, these girls probably brought it on themselves.

This is a really eye-opening film. Everyone should see it. Especially those people dishing out the astronomical tuition to send their children to a trusted institution. This is not what you want your kids to learn in school.

I'm a wife, the mother of two teenagers and a dog, a really, really good friend, a freelance advertising copywriter, and an accidental blogger. (I'm also a whole bunch of other stuff, but who's got time to hear about it.) You should come visit my blog (it explains the accidental blogger thing, plus you might like it). It's at gratitudeathon.wordpress.com. I write something I'm grateful for everyday (I'd be grateful if you stopped by.). View all posts by tonilansbury