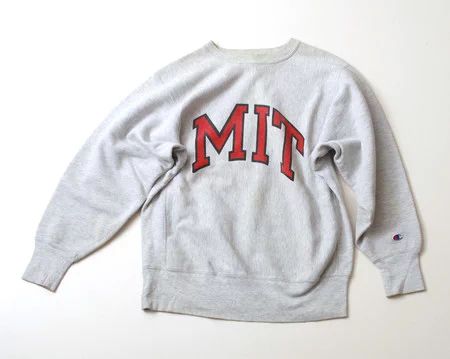 My husband hasn’t always been good at gift giving. My first birthday together, when it was pretty clear we were going to get married, I thought maybe he would give me something romantic, like for instance, a proposal. What he gave me was a pair of MIT boxer shorts and a matching sweatshirt.

I couldn’t hide my disappointment (you know how subtle I can be). I’m sure I didn’t call him a fucking asshole, or anything, but my displeasure was seething from my pores.

At the time, he was doing a post-doc in NY and had been applying for academic positions around the country. I made it clear that I wanted to stay in Boston and wouldn’t consider leaving. This was his way of telling me he was taking the MIT position and we’d be together, and I should have been happy about it. And I was, the boxers and sweatshirt, not so much. (He did give me one of the only real surprise parties of my life, later that night–you can’t pull anything over on me–and he proceeded to give me an annual “surprise party” for a decade after that). The night was actually very thoughtful, but I only had one outcome on my mind, and that night wasn’t it (although I was very appreciative of the party).

Anyway, the guy is quick and he got it. Since then, he’s given me hundreds of extraordinary and extremely thoughtful gifts. Although he doesn’t understand jewelry, he has learned that it’s something I love and has indulged me. (I agree that it’s stupid and senseless, but I can’t tell you the amount of enjoyment I get out of a little bling.)

But his expertise is in experiences. He believes experiences are how we should spend our money and our lives. And as I get older (and weighed down in jewelry!), I think he’s right.

So, this birthday, he surprised me with tickets to  Bruce Springsteen’s one-man show on Broadway, a night in my favorite NY hotel and a gorgeous vase of flowers that was big as the Bronx (which killed me because we couldn’t bring them home, but he said he just wanted me to enjoy them for the night–what a guy).

I love Bruce. I have always loved Bruce. I love his raspy voice, his energy, his music. I love his poetry set to notes, his take on life, his honesty. I had seen him twice–once back in like, 86 and once about 10 years ago, a concert I can still vividly recall–Bruce in a white t-shirt and jeans, looking like a 25 year old obsessed with Crossfit, strutting and running across the stage for a good three hours, Clarence hitting it hard, little Stevie and his mischievous smile. So, when I finally begged Peter to tell me last weekend what it was we were doing on my birthday and he told me, I practically had a stroke. And just as I had been 31 birthdays ago, I was genuinely surprised.

Anyway, Bruce. The show is just guitars and a piano and the man (except when his wife, Patty comes out and sings two songs with him). He tells stories of his beginnings, and how his quiet life with a depressed, working class dad and a joyous and positive mom evolved and made him a rock and roll star. Interspersed are songs that illustrate the story, familiar songs that take on new meaning because of the context he puts them into.

It’s a gorgeous and intimate more than two hours you get to spend with Bruce and you feel in the end, like you’ve spent some time with a man who could be your neighbor, if your neighbor was a legend. He’s adorable and seems honest and real and you’re dying to go have a beer with him after the show. His voice is clear and booming. He shows no signs of his 68 years. He doesn’t even break to go to the bathroom, which is more than I can say for much of the audience.

So, I got to spend my 59th birthday with two of my favorite men. How lucky am I? Gratitude.